Bethel Evangelical Church was established as an independent church more than forty years ago, on 1st April 1971. But our story begins not then, but 200 years ago: June 1811, in Bala, at a crucial meeting of the Welsh Calvinistic Methodists. 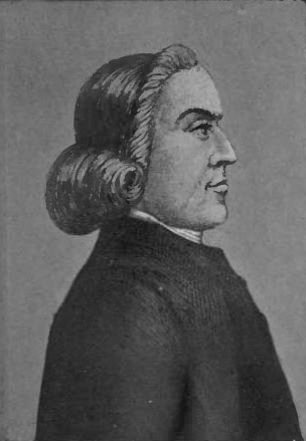 The Calvinistic Methodists had been at the heart of the eighteenth-century revivals in Wales. Led by Howell Harris (left) from Trefecca (1714-1773) and Daniel Rowland from Llangeitho (1713-1790), the Calvinistic Methodists combined a love for biblical doctrine (Calvinistic), with an absolute conviction that religion should be experienced or ‘felt’ (Methodist). It was theology from the heart. They believed that true Christianity meant that in the gospel the Word and Spirit come together, avoiding the twin errors of intellectualism and moralism.

Both Harris and Rowland were Anglicans, and Calvinistic Methodism was a movement within Anglicanism. But the Anglican Church never quite knew what to make of these fiery preachers who placed so much emphasis on the primacy of the gospel and the need for true conversion. Harris himself had been converted in 1735, and immediately began to preach itinerantly around Wales, often in Baptist and Congregational chapels. When he began to see people converted, he realised that in many parts of Wales the local Anglican minister would be of little help to new believers — indeed, he would often be a hindrance! So Harris formed religious ‘societies’ where new converts could encourage one another in their new-found faith. Perhaps understandably, this incurred the wrath of the local Anglican clergy, and bishops: several times Harris applied for ordination in the Anglican Church, but despite being one of Wales’ best-known preachers and leaders, every time he was rejected. He remained a committed Anglican until his death aged 59, but the commitment was not mutual. 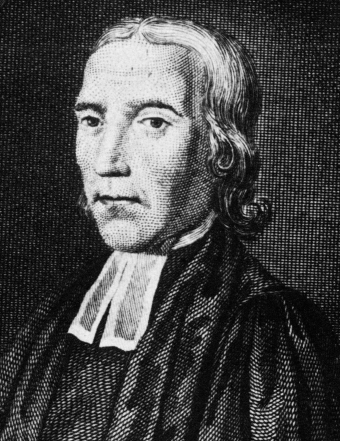 Daniel Rowland (right) was ordained as an Anglican priest in the same year in which he was converted (1735), following in both his father’s and his brother’s footsteps. He met Harris in 1737, and he also travelled thousands of miles around Wales preaching the gospel, and forming ‘societies’ to help those who had been converted. Rowland served as a curate to his brother, and following his brother’s death in 1760, might have expected to be offered the living himself, but he was ignored and remained a curate. Then in 1762 there was a remarkable revival in Llangeitho, with Rowland’s preaching to the fore. The established church responded a year later by depriving him even of his curacy, and whilst the parishioners petitioned the Church to allow him to return, the appeals fell on deaf ears. Forced from the Anglican pulpit, Rowland instead preached the gospel in the Dissenting Chapel in Llangeitho right up until his death aged 77.

All this put the Calvinistic Methodist Connexion in a curious position. On the one hand it was firmly committed to remaining part of the Anglican Church; on the other, many Anglicans would rather be rid of them. In the mid-eighteenth century it had not been unusual for meetings of Methodists to be broken up by parish priests, and sometimes even by mobs. The Connexion was neither recognised by the State as a dissenting denomination, nor by the Church of England as an authentic expression of Anglicanism. In parishes where the local priest refused to allow gospel preaching to be heard from his pulpits, the Calvinistic Methodists felt they had no choice but to preach regardless, in farmhouses or barns, or often in the open-air. These ‘unauthorised’ preachers — and their congregations — were liable to be heavily fined, or even jailed.

By the early nineteenth-century, partly as a consequence of the many revivals, violent hostility was rarer. Some Anglican clergy and at least one bishop were openly sympathetic to the gospel of the Calvinistic Methodists. But these clergy could actively support the Connexion only by breaking the rules of their own Church. Clergy were forbidden from preaching outside their own parish, and from preaching in ‘unconsecrated’ buildings. But how was the gospel going to spread across Wales if it remained prisoner in a handful of parish churches and chapels of ease?

So in 1795, the Calvinistic Methodist Connexion applied to be recognised as a separate grouping under the Toleration Act. This meant it was acknowledged by the State, even if not yet by the Church. Methodist buildings were recognised as Dissenting Chapels, and preaching meetings could be convened without fear of prosecution. Even so, the Calvinistic Methodists still did not see themselves as a separate denomination. They had no separate statement of faith, no colleges, or even any ordained ministers. Despite all the hostility and indifference, they remained committed to the established church.

But whilst the Anglican Church could tolerate priests who converted to Calvinistic Methodism, unordained Methodist preachers found it almost impossible to become ordained within the Church of England, and it was this that ultimately became the defining issue. Unordained men were not permitted to baptise, officiate at the Lord’s Table, or even to preach in Church of England buildings. Just 10 miles from Clydach, the Anglican chapel in Gyfylchi, managed to get around the latter problem by constructing a separate building that adjoined their chapel. With the permission of the sympathetic clergyman, from time to time a Calvinistic Methodist exhorter would preach from the doorway that linked the two structures, taking great care not to cross the threshold into the forbidden consecrated building!

But as the Calvinistic Methodist Connexion grew, the lack of ordained men became an increasing problem. Evangelism could be done by itinerant preachers, but as part of the established church, the Calvinistic Methodists were still relying on Anglican clergy to administer the sacraments. However, converts were understandably reluctant to have their children baptised by unbelieving clerics, and equally disinclined to share communion with those who showed disdain for the gospel. As William Williams put it in 1872, “Was it right, they could not help asking, that, after withdrawing from the ungodly and immoral people of their neighbourhood, they should meet them again at the Lord’s Table?”

By the end of the eighteenth-century, there were thousands of Calvinistic Methodists all around the country, but still less than 20 ordained men who identified with them, and little hope that there might be more. The Methodists knew that ordaining their own men would mean de facto secession from the Church of England. Seceding would be particularly difficult for those already ordained. The status quo meant it was possible to be both an Anglican and a Calvinistic Methodist, but secession would mean everyone would have to choose one or the other, and many did not want to make that choice. The discussions continued for many years. Slowly, but inexorably, the continued growth of the Connexion, the persistent reluctance of the Anglican Church to ordain those with Methodist sympathies, and the occasional expulsion of men who had already been ordained, all combined to force the vast majority of Calvinistic Methodists to understand that they had little choice. There was no option other than full secession. 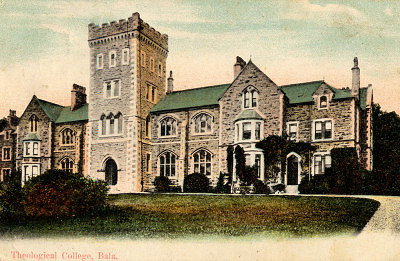 In North Wales, where there were far fewer ordained men, the decision was unanimous, and even in the South there were only a few dissenters. And so the date was set: 20th June 1811 at the Annual Meeting in Bala. After 75 years of faithful labour within the Anglican Church, the Calvinistic Methodists knew they had done all they could. Reluctantly, but with a sure conviction that this was the will of God, it was time to separate for the sake of the gospel.

History vindicated the decision. The gospel prospered, and Calvinistic Methodism grew, whilst the established church declined. Looking back sixty years later, William Williams realised that the decline was not due to the Methodists leaving, but was the inevitable consequence of abandoning the gospel:

Let not our brethren of the Establishment imagine that, if that step had not been taken, the Church would have been one whit stronger… it is the other Dissenting denominations, and not the Church, that would have been more numerous. The position of the Church has been made, not by any steps which have been taken outside of it, but by the character of its own ministers.

“Life was going the way I wanted it to. I had plenty of money and was very philosophical. I thought if everyone just smoked dope, then the world would be a happier place.”

I was a bit of a trouble-maker at school and got involved in the drug culture. Pop festivals and taking drugs became the norm, and so was the trafficking of drugs. Life was going the way I wanted it to. I had plenty of money and was very philosophical. I thought if everyone just smoked dope, then the world would be a happier place and without wars. The aim was to turn the whole world on.
Read more of Nigel’s story

Growing together… in God's Word
Growing Together is a monthly meeting for all those who want to to understand the Bible better, and put into practice what they learn. Each month we cover two topics with plenty of time for discussion and questions. To make the most of our time together, each member of the group reads a short book each month, to help prepare for the discussion.
More about Growing together… in God's Word…