There are some decisions that can change our lives forever. For Henry Olonga — the first black cricketer to play for Zimbabwe, and still the youngest to have represented the country — one day will stay in his mind forever.

The day was 10 February 2003. Henry was in Harare — Zimbabwe’s capital city — preparing to face Namibia in Zimbabwe’s opening game of the Cricket World Cup. “There’s about fifteen minutes to go. Andy Flower and I look at each other and nod. We get out the rolls of black tape, cut off a length and wrap it round our left arms. Andy calls for quiet and announces to the team what we are doing and why.”

Both players also release a statement to the press. In part it reads, “We cannot in good conscience take to the field and ignore the fact that millions of our compatriots are starving, unemployed and oppressed… Hundreds of thousands of Zimbabweans may even die in the coming months through a combination of starvation, poverty and Aids… Many people have been unjustly imprisoned and tortured simply for expressing their opinions about what is happening… People have been murdered, raped, beaten and had their homes destroyed because of their beliefs… If we remain silent that will be taken as a sign that either we do not care or we condone what is happening in Zimbabwe… We will each wear a black armband for the duration of the World Cup. In doing so we are mourning the death of democracy in Zimbabwe. In doing so we are making a silent plea to those responsible to stop the abuse of human rights in Zimbabwe. In doing so we pray that our small action may help to restore sanity and dignity to our nation.”

“Up until the end of 2002 I would probably have never imagined myself doing what I did. Zimbabwe had lost hundreds of millions of dollars in a war with the Democratic Republic of Congo. Then Mugabe’s decision to take all farms away from the white farmers — which was clearly racist — made the economy nose-dive even more. It destroyed the country.

“Everytime I went on tour I was constantly being asked by international journalists to justify and back up my country.

“At the same time I began to realise that the corruption in the government was causing orphans, pensioners and widows to really suffer. It broke my heart — it made me mad.

“One day I read a verse from the Bible, and it said ‘Defend the cause of the fatherless, plead the case of the widow’. And in the very same verse, the Bible said, ‘Rebuke the oppressor’. The verse hit me between the eyes. I felt that God was calling me to say something, to speak out against this oppressor. I saw the country desecrated by its rich and powerful leaders, I just felt I’ve got to speak out.

“After Andy and I had made the protest, we got articles written in the paper calling us ‘British spies’ making accusations against us, and had threats against our lives.

“I knew that my life was in danger, and that I needed to get out of the country. But I didn’t want just to disappear — I wanted to see this through. But I knew the next round of the Cup was going to be played in South Africa. If we got through, I would be safely out of the country when our World Cup ended. But only three teams from our pool would qualify, and we had England, Australia, India and Pakistan competing for those places. It meant that if we lost to Pakistan in our last game, we wouldn’t get through, and I wouldn’t get out of Zimbabwe.

“I went to my hotel bedroom the night before the match and said a prayer: ‘Lord I’m in trouble, and I need your help!’. The next day I got to the ground, we played about fifteen overs, and it rained. And it kept on raining, until mid-afternoon when the game was called off and we were awarded a draw, which was enough to get us to South Africa. You make up your own mind about what happened, but I know the Bible tells me about a God who has the power to intervene in people’s lives.” 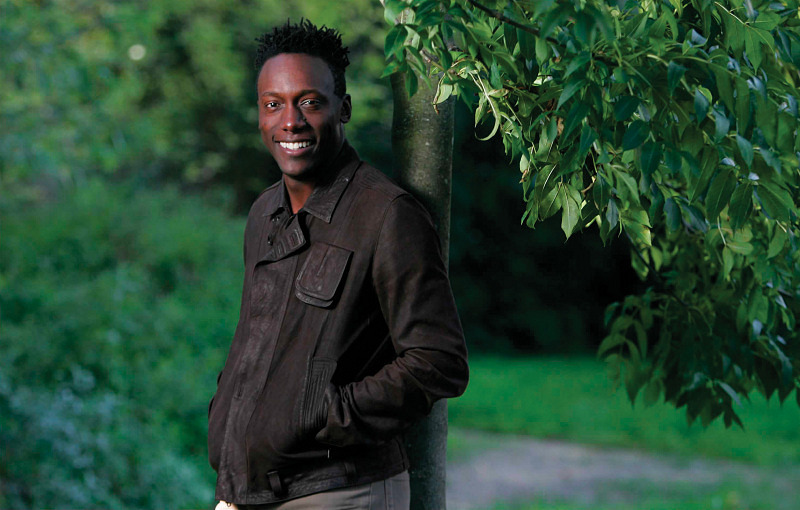 An even bigger decision

The decision to speak out against Mugabe’s regime was literally life-changing for Henry. It cost him his cricketing career, and even his homeland. But according to Henry, it was not the biggest, nor the most important decision of his life. That had come several years earlier when, still a teenager, he decided to begin investigating whether God really existed.

“At boarding school there was a compulsory church service on Sunday, and I had many Christian teachers, so there was constant Christian input into my life — hymns, the Lord’s Prayer, sometimes Evensong. But this memorising, and the priest reading things off bits of paper didn’t work for me. I’m an emotional creature, and if I was to ever relate to God, it’s not going to be through me reading off a sheet of paper.

“I thought the way you became acceptable to God was by being a good person. I was one of those kids who kind of avoided the big trouble the other kids got into, so I thought, ‘I’m not such a bad person’. I thought that the bad things I did weren’t that bad really, and the good things I did easily offset them.

“I remember debating with mates about the existence of God. I loved those debates, but it wasn’t until high school that this moved into the classroom. Some of the teachers were saying, ‘There is no God. Billions of years ago, there was nothing. Then ‘nothing’ went kaboom! — it exploded in a big bang. You can imagine as a child growing up, wanting to believe in God, and now being told that nothing created everything, caused me a bit of confusion.

“So off I go, on my quest to find out what the truth is. I thought that maybe I’d find it in enjoying sport — I love the high of sport, I love to win. Losing sucks! But even after a win, there’s always the feeling that there’s got to be more to life than this.

“So I immersed myself in music and performance, but I didn’t find what I was looking for there, either. I thought I then ought to try something more spiritual, so I bought a book called Teach Yourself Yoga. But I couldn’t do the exercises and the meditations were just baloney!

“I was sixteen-years-old by then, and I knew it was time I gave God a chance. So I finally agreed to go on a Christian youth camp. Each day there were activities and sports, then each night a guy got up to speak. Using the Bible, he totally undermined my confidence that I was good enough for God, which was what I had put my trust in. He read from the Bible where it says, ‘All have sinned and fall short of the glory of God’, and he said that nothing we do can make us good enough for God. He also said that sin is not just doing the wrong things, but sin is also not doing the good things God asks of you like ‘Love your neighbour’, or ‘Forgive those who sin against you’.

“So I know I’m damned. One, I’ve broken God’s law; two, I haven’t done the good things I’m supposed to. The rug is being pulled from under my feet. The speaker read from the Bible that ‘The wages of sin is death’, and that God needs to punish those who do wrong.

“But the speaker went on to read the whole verse from the Bible, ‘The wages of sin is death, but the gift of God is eternal life’. He said that God the Father hung his Son on a cross to reconcile us to God, and all I had to do was call on the name of Jesus to be saved and forgiven. It doesn’t matter who you are, it doesn’t matter what you’ve done. Whatever you’ve done in your life, if you turn to God in repentance he will save you.

“It was a no-brainer! So I prayed, but no angel from heaven sounded their trumpet. I thought that there must be more than this!

“But over time I discovered an assurance that my sins had been forgiven. The barrier that I felt between me and God had gone. For the first time in my life I knew there was nothing I could do to make God love me more. I was accepted just as I was.”

Henry Olonga’s story is unique, but that experience of God’s care and life-changing power is something that we in Bethel can certainly relate to. God is still at work. All around the world — and even in Clydach — He is changing lives for the better. Why not find out for yourself what God can do?

Adventurers and Discoverers
The Children's Club takes place in term time every Thursday night from 4:45 until 6pm between September and May. The club is for children in Junior School, and comprises of games, singing, and Bible stories.  There are also special events at different times of the year. If you'd like your child to come, please contact…
More about Adventurers and Discoverers…